Illustrating the clampdown on civil society

This timeline constitutes the first in a series illustrating the clampdown on civil society in Israel-Palestine that the Diakonia International Humanitarian Law Centre Jerusalem will develop in the coming months. The timelines are organized around different actors; this timeline focuses exclusively on official measures taken by the Israeli authorities.

This timeline is not comprehensive in scope but rather seeks to provide examples of measures that are illustrative of larger patterns of behaviour restricting civil and political rights. Major historical inflection points are included for purposes of contextualization.

Jump to sections of the timeline via these buttons:

Measures that result in shrinking space 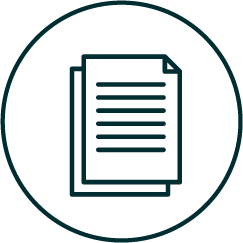 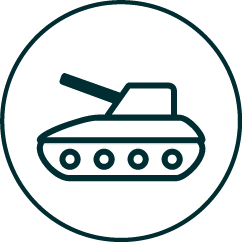 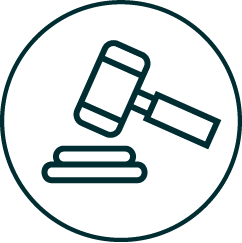 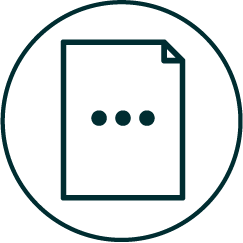 Other policies and practices

Israel (within the Green Line) 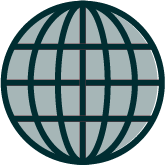 On 14 May 1948, David-Ben Gurion, Chairman of the Jewish Agency for Palestine, proclaims the State of Israel. In the context of the war that follows, Israel declares a “State of Emergency” that lasts to the present day. Palestinians refer to Israel’s establishment and the associated experiences of mass displacement and loss of their historic homeland as the “Nakba” (“catastrophe” in Arabic).

Map based on Annex A to United Nations General ASsembly Resolution 181 (II).

1948 • Revocation of the Palestine (Defence) Order in Council

Menachem Begin, at the time leader of the Revisionist Herut party (a precursor to the Likud) and later Prime Minister of Israel (1977–1983), cautions that retaining the Emergency Regulations might amount to the “long-term presence of tyrannical, fascistic laws”. The Israeli Knesset contemplates repealing the Regulations but does not do so.

Israel conquers the West Bank, including East Jerusalem, and Gaza in June 1967. It annexes East Jerusalem and extends the application of its domestic law to the area.

1967 • Military order confirming the applicability of the Emergency Regulations

Throughout the 1970s, Palestinian groups perpetrate a series of airplane hijackings and attacks against Israeli civilians, including at the 1972 Summer Olympics in Munich, Germany.

Following the 1973 war, Israel and Egypt reach a peace agreement pursuant to which Israel withdraws from the Sinai Peninsula occupied in 1967.

Israeli forces intervene in the Lebanese civil war (1975–1990) to expel the Palestine Liberation Organization (PLO) and other Palestinian groups from Lebanon. The military takes control of Beirut’s surroundings and does not prevent combatants of its allied Phalange militia from entering the Sabra and Shatila refugee camps, where they kill at least 800 civilians.

The First Intifada, a popular uprising against the military occupation, takes place in the oPt and in Israel. Like previous instances of political mobilization, demonstrations are met with violent repression, Israeli soldiers having been instructed by Defence Minister Yitzhak Rabin to “break the arms and legs” of protesters. According to estimates, the Israeli authorities arrest and detain around 100,000 Palestinians during the course of the uprising.

In 1991, Israel derogates from Article 9 of the International Covenant on Civil and Political Rights (ICCPR) relating to arbitrary arrest and detention, on the basis of the “State of Emergency … proclaimed in May 1948” – in the context of the 1948 war – that has “remained in force ever since”.

The First Intifada comes to an end with the signing of the Oslo Declaration of Principles (DOP) between Israel and the PLO on 13 September 1993, marking the beginning of the Oslo peace process. Israeli Prime Minister Yitzhak Rabin and PLO Chairman Yasser Arafat shake hands on the White House lawn.

The DOP was a framework agreement prescribing a series of negotiations and interim accords between Israel and the PLO that would culminate in a “permanent status agreement” covering the most protracted issues, namely “Jerusalem, refugees, settlements, security arrangements, borders, [and] relations and cooperation with other neighbours”.

On 4 May 1994, Israel and the PLO conclude the first interim accord, the Gaza-Jericho Agreement, pursuant to which the Palestinian Authority (PA) is created as an interim body to oversee limited Palestinian self-government, and the Israeli military partially withdraws from the Gaza Strip and the city of Jericho in the West Bank. The five-year transitional period envisaged in the DOP for the conclusion of a permanent status agreement commences.

On 28 September 1995, the Israeli-Palestinian Interim Agreement on the West Bank and the Gaza Strip (the “Oslo II Accord”) is signed, which divides the West Bank into Areas A, B and C. The PA is to exert civilian and security powers over Area A – the major Palestinian population centres – while Israel retains security control over Area B and full control over Area C. Albeit envisaged as a temporary arrangement, the division into Areas A, B and C persists to this day, and with it the multitude of checkpoints and permit requirements that restrict Palestinians’ freedom of movement.

On 4 November 1995, Israeli Prime Minister Rabin is assassinated by an Israeli extremist at a peace rally in Tel Aviv. In 1996, Benjamin Netanyahu (Likud), who has risen to prominence as leader of the opposition to the Oslo Accords, becomes Prime Minister of Israel. During Netanyahu’s first term in office, which lasts until 1999, the peace process stalls; the transitional period expires without a permanent status agreement.

Photo: Checkpoint to a Village in the West Bank by The Advocacy Project/Rianne Van Doevern, 2008. Licensed under CC BY-ND 2.0.

The Oslo process collapses following the unsuccessful Camp David II summit between Israeli Prime Minister Ehud Barak and PLO Chairman Yasser Arafat. Against the backdrop of “shattered dreams of peace”, the visit of Likud politician Ariel Sharon – “father of the settler movement” and former Defence Minister deemed indirectly responsible for the 1982 massacre of Palestinian civilians in the Sabra and Shatila camps outside Beirut – to the Temple Mount/Haram al-Sharif in September 2000 triggers the Second Intifada.

The second Palestinian uprising is characterised by greater violence than the first, including terrorist attacks in major Israeli cities, and at its height sees the Israeli army reoccupying parts of the West Bank that it had withdrawn from pursuant to the Oslo Accords. Over 3,000 Palestinians are killed and thousands more arrested. Israeli authorities also erect a “separation barrier” between Israel and the occupied West Bank, which in part deviates from Israel’s internationally recognized pre-1967 borders (the “Green Line”) and infringes upon the right to self-determination of Palestinians living in the occupied West Bank. The Intifada comes to an end with the February 2005 Sharm El Sheikh summit between Israeli Prime Minister Ariel Sharon and Palestinian Authority President Mahmoud Abbas.

Israel unilaterally withdraws its ground troops from the Gaza Strip in summer 2005; existing Israeli settlements are dismantled. Pursuant to the Israeli government’s “Disengagement Plan”, Israel nonetheless continues to “guard and monitor the external land perimeter of the Gaza Strip”, to “maintain exclusive authority in Gaza air space”, and to “exercise security activity in the sea off the coast of the Gaza Strip”.

Hamas, an offshoot of the Muslim Brotherhood with an armed wing and rival to Fatah, takes control of the Gaza Strip. In response, Israel imposes a land, sea and air blockade.

Between December 2008 and January 2009, Israel carries out a large military offensive in the Gaza Strip, which kills an estimated 1,383 Palestinians, including over 300 children.

2009 • Attempts to discredit the Goldstone Report

On 31 May, the Israeli navy storms the Turkish passenger ship Mavi Marmara – part of the “Gaza Freedom Flotilla” purporting to deliver aid to Gaza in circumvention of the naval blockade – in international waters. Nine passengers are killed in the resulting altercation, drawing international condemnation.

2018 • Nation-State Law adopted by the Knesset

The Knesset enacts the Nation-State Law (“Basic Law: Israel – The Nation State of the Jewish People”), which defines the State of Israel as the “national state of the Jewish people” and stipulates that “[e]xercising the right to national self-determination in the State of Israel is unique to the Jewish people”. The Basic Law, which due to Israel’s lack of a formal constitution forms part of the highest law of the land, also downgrades Arabic from official language to language with “special status” and elevates the “development of Jewish settlement” to “national value”.

2018 • “Great March of Return” protests near the Gaza border fence

Throughout 2018 and 2019, Palestinians in Gaza take part in a series of popular protests near the Israeli border – the so-called “Great March of Return” – against Israel’s closure policy and in favour of Palestinians’ right of return. Demonstrators are met with considerable force on the part of the Israeli authorities; over 200 are killed and thousands injured.

2015 • Euromed Observer for Human Rights declared as an “unlawful association”

2017 • Amendment to the Entry into Israel Law adopted

In the context of resurging violence in May, Palestinians take to the streets across Israel and the oPt, in a show of unity “unprecedented” in recent years. Israeli authorities arrest an estimated 3,100 Palestinians. For background information on one of the root causes of resurging violence – displacement and dispossession in Jerusalem’s Sheikh Jarrah neighbourhood – see the IHL Centre’s timeline.

2020 • No renewal of work visas for international OHCHR staff

2021 • ICC Prosecutor announces the opening of an investigation; Israel refuses to engage

2022 • New COGAT procedure for foreigners in the West Bank